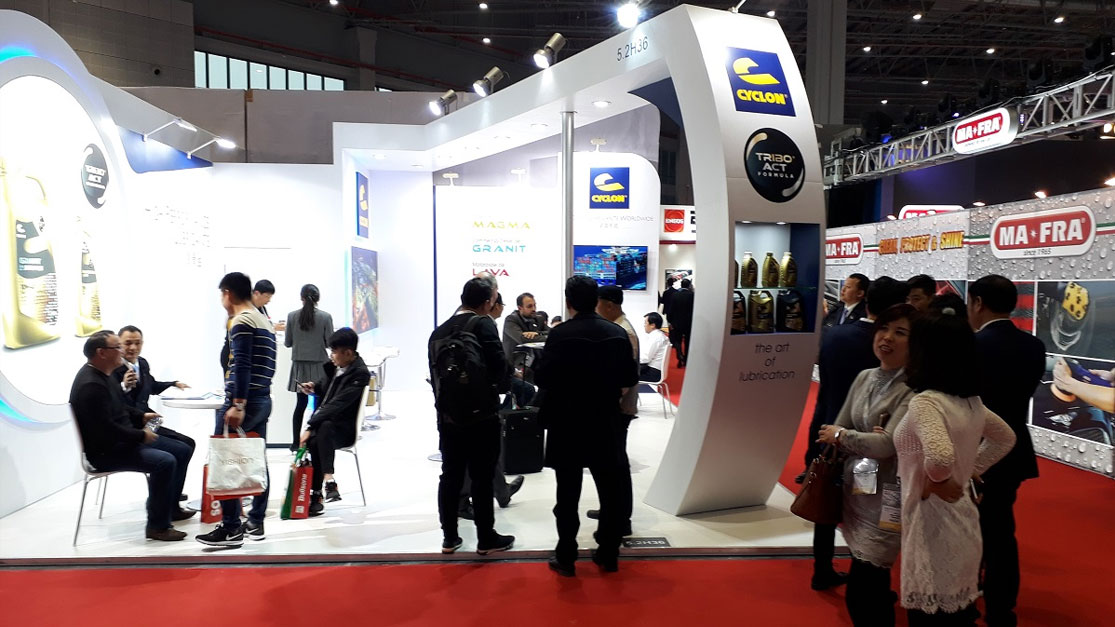 The company following the Autopromotec International Fair in Bologna last May, proceeded in the extensive promotion of the new lubricant series in the biggest international exhibition in China for the automotive market, the AUTOMECHANIKA 2017, held in Shanghai from November 29 to December 2, 2017. The exhibition was hosted at the ultramodern National exhibition and Convention Center Shanghai in an area 312.000s.m.The fair was characterized both by the huge number and range of activities and participating exhibitors, more than 5,700, and from the large professionals visit from the Asian automotive industry, Europe and other regions.

The exhibition was visited by more than 120,000 people from 140 countries.

The company’s participation with the new CYCLON lubricants series in this, with a premium aesthetic stand, was more than fully satisfactory. Cyclon stand was visited by all customers of our rep in China and many visitors and participants.

Find the appropriate Cyclon lubricant for your vehicle or equipment!

ID Lube is undergoing a major update. The service will be available again in a few days.